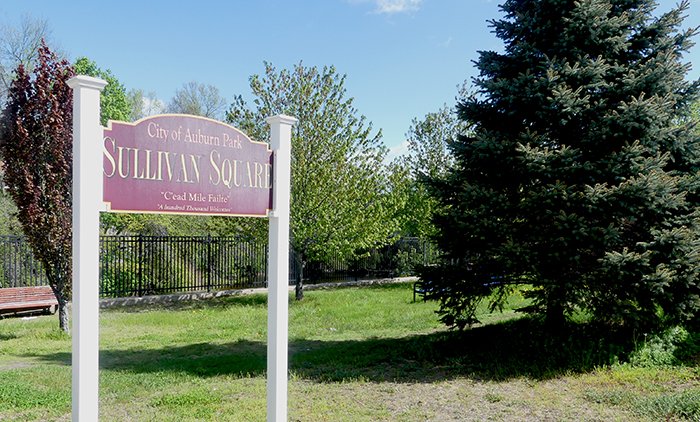 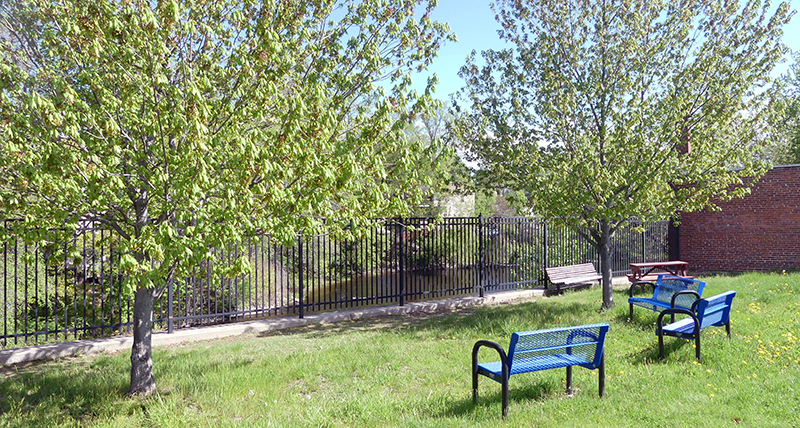 Sullivan Square is located on the bank of the Little Androscoggin River on Main Street in Auburn.  Sullivan Square was named after a man named Dinny Sullivan.  Mr. Sullivan came to Auburn with his family in 1887 at the age of 13. An Irish immigrant, his family’s story, like so many, was one of hard work and perseverance. Dinny’s siblings became weavers, his father, Jeremiah Sullivan, helped build downtown Auburn, its buildings, streets and sewers, and Dinny himself prospered as a local merchant. Honoring his own immigrant heritage and his love for the community that his family helped build, Dinny took in other immigrants, helping them become acclimated to their new home. 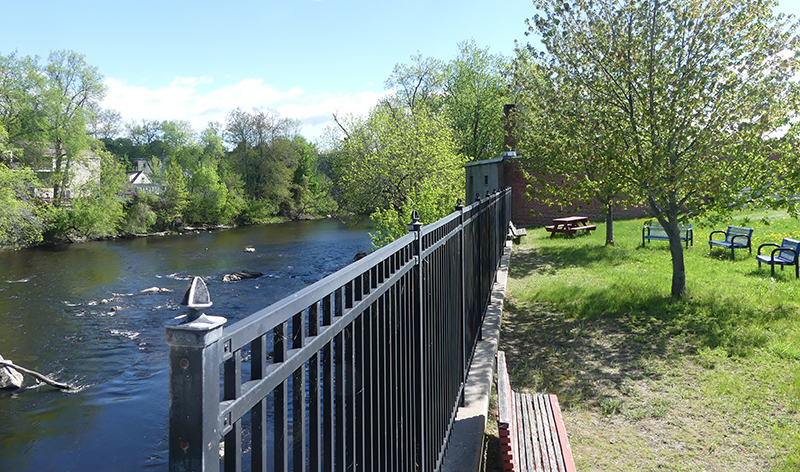