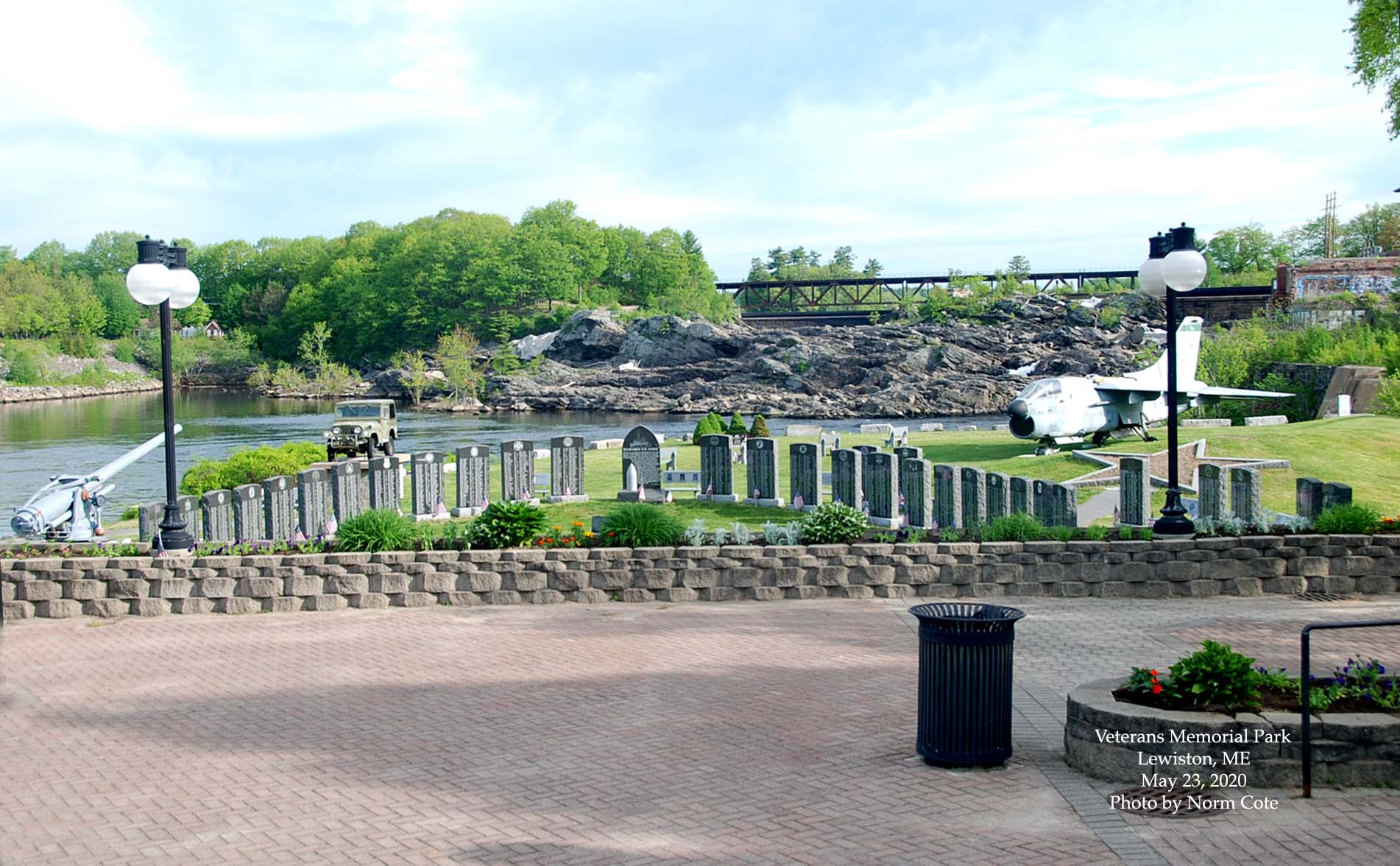 Veterans Memoral Park, located opposite the corner of Main and Lincoln Streets in Lewiston, is an inspiring and humbling memorial to local heros: men and women who have served our country within all branches of the United States military.

The project began with the donation of six flag poles representing five military branches and POW/MIA, which were installed beside the existing American and State flag poles. The park currently features 32 beautiful "Name Stones" and 20 memorial benches (as of 7/1/2020).

Any veteran, living or no longer with us, who served in any branch of military service is eligible to have their name inscribed on one of these monuments, as long as they served honorably, with proof of service (such as DD214, Honorable Discharge, photo in uniform, military cemetery marker, obituary stating that he/she served in the military).