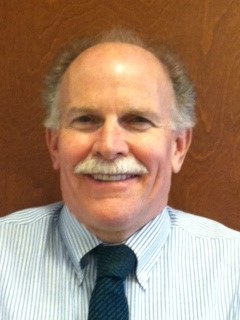 Rick Whiting has lived or worked in every ward of Auburn. A graduate of E.L.H.S. and Harvard College, he served Auburn Housing Authority for 34 years as Executive Director, and developed or acquired seven housing developments (all of which pay taxes or payments in lieu of taxes) as well as leading a nation-wide movement to make housing smoke-free. He has been a reader for BookReach over 20 years, co-chairs the Healthy Androscoggin Advisory Committee, serves as an advisory trustee for Maine Preservation, and is vice president of Auburn Housing Development Corporation. Rick is married to Bridget Cullen Whiting and has a son, Cullen, who lives in Portland. He golfs, rides a bike, splits/stacks wood and cross-country skis.