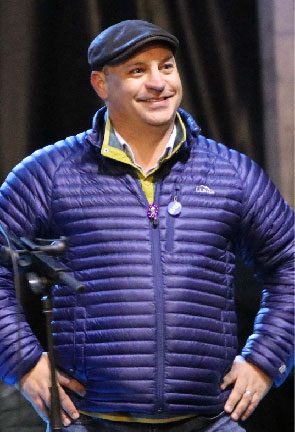 First elected in 2017, then re-elected in 2019 and 2021, Mayor Jason J. Levesque is a fifth generation Auburn resident and a 1992 graduate of Edward Little High School. After attending college at West Virginia Wesleyan and concluding a eight year tour in the US Army, Mayor Levesque realized that there was no place he would rather start a company and raise a family than in Auburn, Maine.

Thank you for your submission!