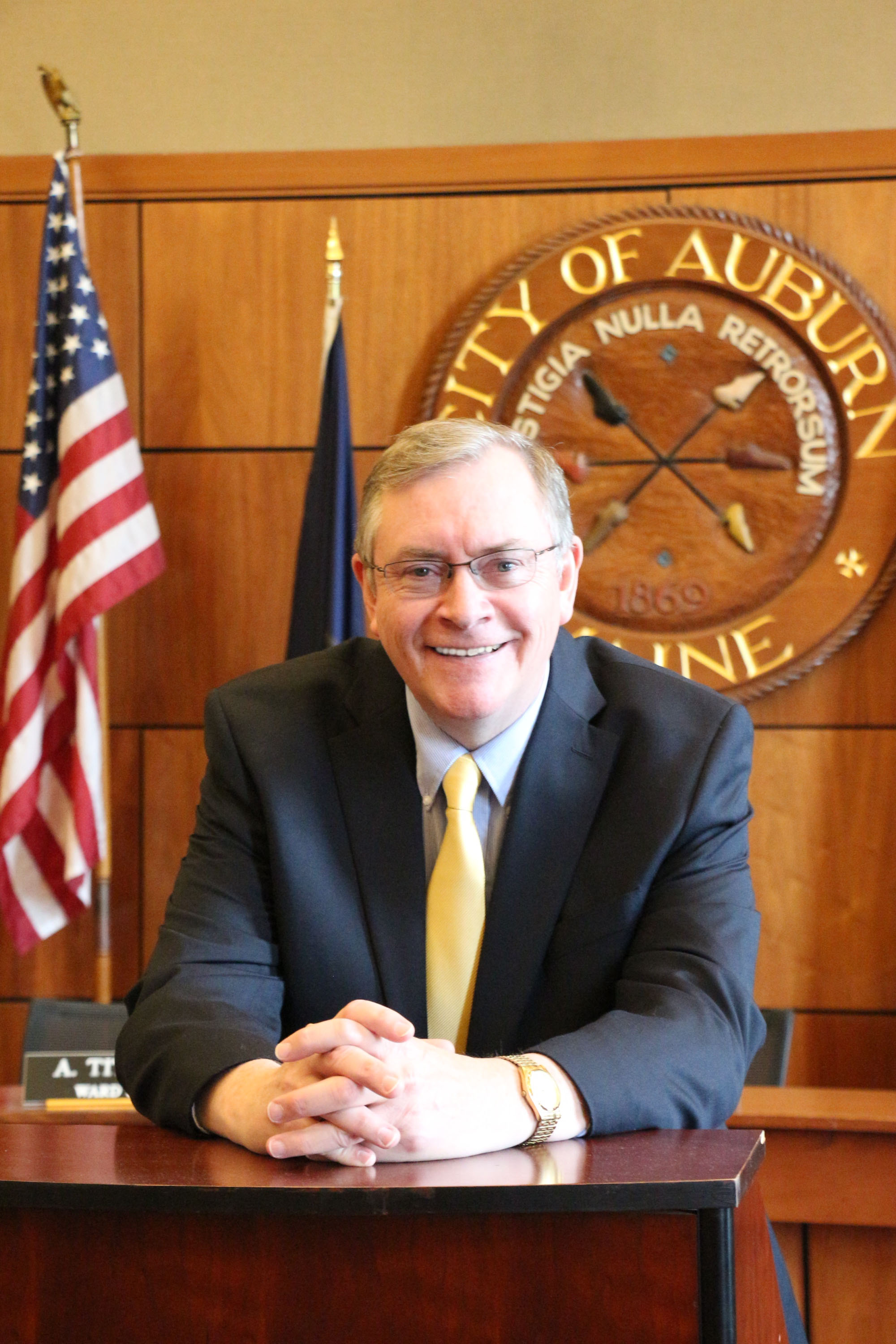 Peter grew up in Mars Hill, the 5 of 6 children. Peter and his wife, Jennifer, have two daughters, Emily and Sarah.  Peter has been actively involved in local government at the municipal and/or county level for 30 years.  He began his career in municipal government for the Town of Mars Hill as the community’s first Economic Community Development Director.  Prior to joining the City of Auburn, Peter served as the County Manager for Cumberland County for 18 years. Previous to that he was the Assistant City Administrator for the City of Lewiston and Superintendent of Administration for Lewiston Public Works for a total of almost ten years.  Peter has a Master in Public Administration from the University of Maine and feels that his internship for Senator Edmond S. Muskie in Washington, DC is a big reason why he has chosen public service for a career.